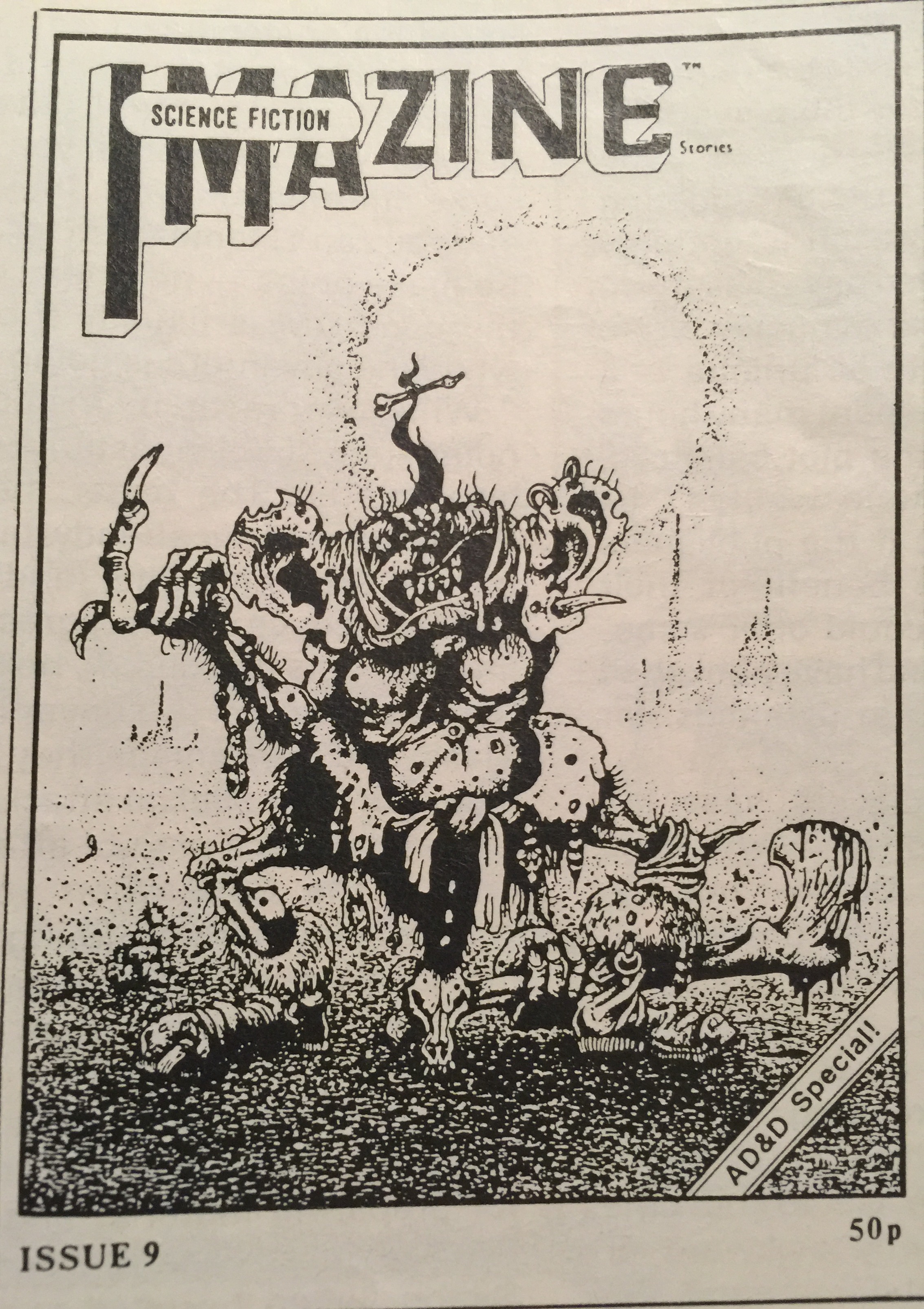 Following an emergency meeting at Dirk Towers, the time has come … to create a The GROGNARD files fanzine.

Last week, I ran on of those infernal twitter polls in a fit of beer fuelled excitement in a bid to understand if there was interest out there. 41 people voted to say that they would read a fanzine … so we’ve agreed to do one as a PDF and as a hard copy (if we can generate enough funds to support it).

To help to create something interesting and collectable we have launched a Patreon campaign. If you want to throw some pennies in the hat to support our endeavour, then we’ll be very grateful.

We are offering various goals, that you’ll see on the link, the first is a PDF ‘zine, but what we’d really want to do is to produce a real ‘zine with ink, paper and staples. It will have a flavour of the old school ‘zines, even their distinctive smell.

If you have been following my twitter feed on @theGROGNARDfile over the past few days you will have seen that I have taken delivery of a bundle of IMAGINE magazines.

TSR UK published IMAGINE magazine from 1983 – 1985 with Don Turnbull at the helm and Paul Cockburn as the assistant editor.

I used to subscribe to it back in the day, despite it’s coverage of AD&D, a game that I didn’t Games Master and only played occasionally. It was an interesting companion piece to White Dwarf as it struck a very different tone to the Games Workshop magazine. Dare I say it, but on reflection, the resources it provided were of a superior quality. PELINORE, its collectable game world, was notable for it’s richness and wonderful maps that could spark a hundred scenarios without really trying.

It lacked the general consistency of White Dwarf, for every Pelinore supplement there was a weak and confusing scenario or waffely article about the minutiae of nothing in particular. In the podcast I have described White Dwarf as a kind of analogue social media – connecting our experience of role-playing with the wider community. White Dwarf did this tacitly through its small ads and letters page, Imagine on the other hand, was more explicit in its support of the fan culture. In the back pages there was a regular ‘zine section and in later issues a series of articles entitled FANSCENE which was an attempt to reach out and encourage gamers to become more active participants in the hobby.

In the mid-80s, there was something of a boom in the world of RPG ‘zines. Many of the second generation RPGers had gone to college, so applied all of their new found freedom to knocking out these little magazines.

I lost all of my fanzine collection in The Great Clear-out of ’92 when it contributed to landfill. They’re building on it now. Under the foundation of those closely-packed semi-detached houses, there will be the remnants of DRAGONLORDS, LANKHMAR STAR DAILY, DAGON, and IMAZINE. Unlike other artefacts from RPG’s past, it’s extremely difficult to recover those lost ‘zines as they rarely appear for sale on the internet. Not surprising, given the extremely low print runs.

All that remains is the distant memory of their content, which was irreverent, packed with ‘in’ jokes and references, quirky scenarios and pitch-battles between readers who were arguing over the latest controversial issue affecting the world of gaming. I enjoyed that sense of a conversation going on, even if I didn’t get all the references.

I have ‘zine’s in my blood. At the time, I was active on the PBM scene and had a ‘zine newsletter of my own ‘THE NATIONAL KOBOLD’ (my life in PBMs will be covered in future Podcasts). I was also contributing to ‘zine’s too, notably DRUNE KROLL where I began a BROOKSIDE RPG PBM (no takers, pity because my Damon Grant whodunnit scenario was brilliant).

In the early ’90s I created an anthology of Science Fiction stories in a collection titled THE PSEUDO-NYMPH, notable for it’s wonderful illustrations. In the mid-to-late 90’s Blythy and I edited PROP, a small press, literary magazine for 10 issues (really!).

We are both excited at the prospect of producing a ‘zine because it will allow us to explore avenues that are impossible in the podcast. We plan to include some of the usual features, but with additional ideas, that we’ll preview here over the coming months.

You can have your very own cut out and keep ridiculous shrine to Caroline Munro. Chuck a few coins in the beret and make it real.

13 thoughts on “Putting the FAN back into Fantasy RPG”