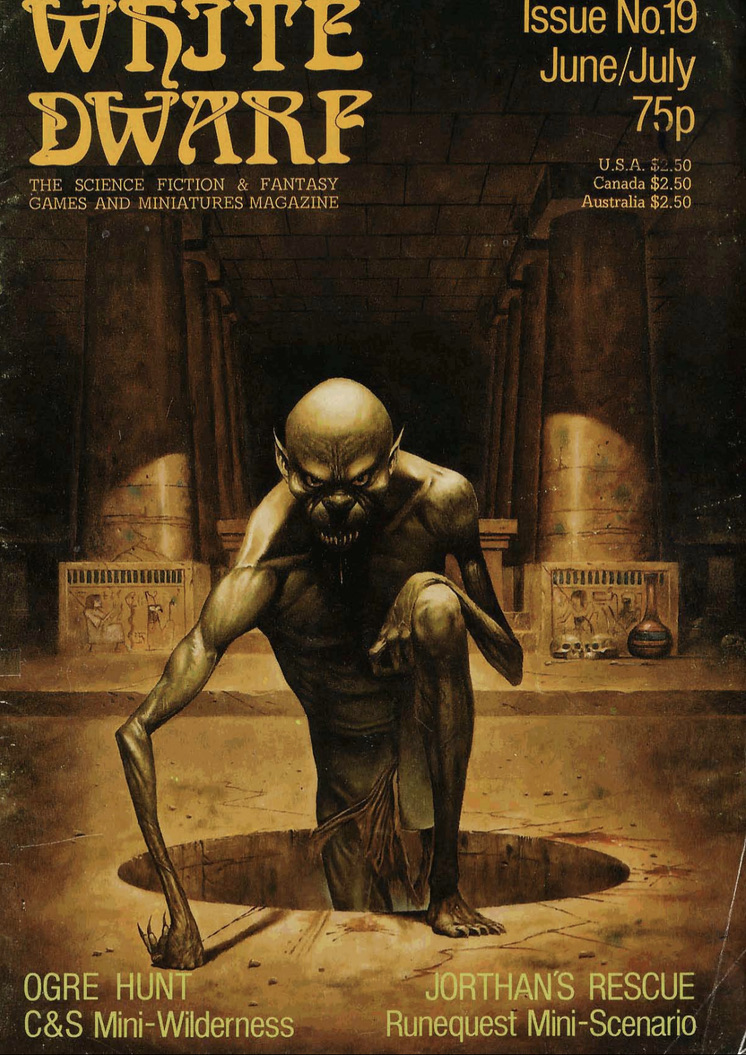 Apparently at random, Pookie has rolled a 19 and conjured up this issue from 1980. I say ‘apparently’ at random as it is a remarkable coincidence that he as rolled an issue featuring a RuneQuest scenario that he has revived for the Jonstown Compendium. Mmmm. Let me see those rolls.

This is from the early period when the magazine was produced every two months, available on subscription or for specialist game shops.

I always find the adverts in each issue striking. Due to the lack of colour, the advertisers relied on words to make their pitch. Look at full page ad for Foes; the words create fabulous characterful imagery for a book with computer stat-blocks for NPCs. Don Turnbull writes a letter setting out the mission for TSR UK. He writes … a letter!

The Les Edwards’ cover would reappear later as a colour plate within Call of Cthulhu Third edition by Games Workshop. It’s an image of great intensity and a nostalgic resonance.

Look forward to your views.

P.S. If you look at the comments under the link to Issue 33 you’ll find a link to a copy – shhhh!