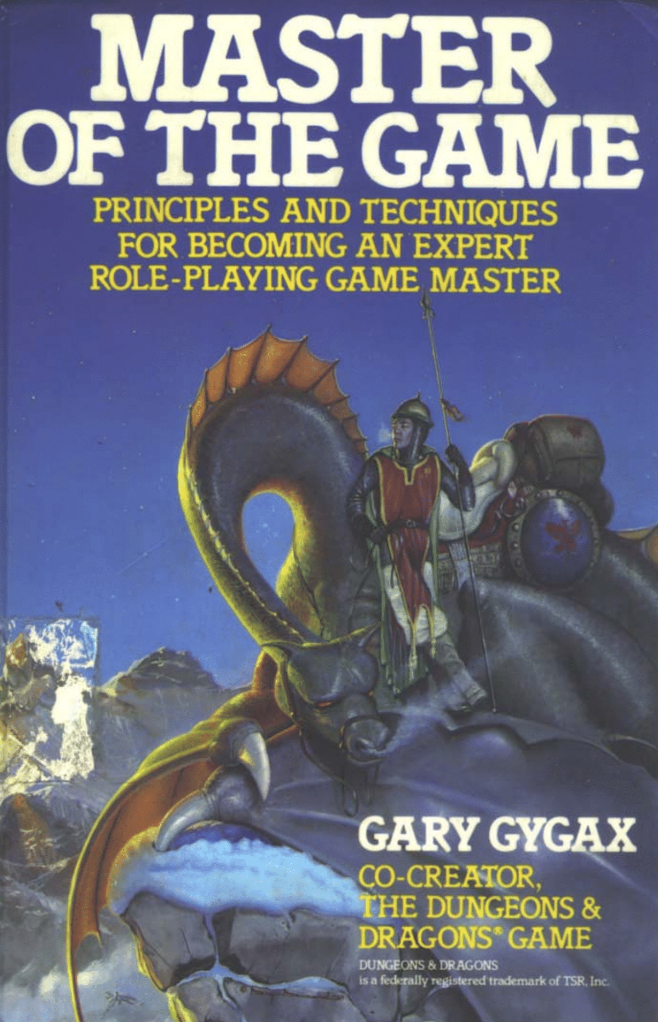 I made an appearance on The What Would the Smart Party Do? Podcast chatting to Gaz about Reviewing Games Master Advice currently available in print and featured on blogs.

Baz is on holiday, so like a supply teacher, I had the general feeling of ‘I think I’ve got away with it’. It’s available on their site, and wherever you find your podcasts.

During the show I mentioned how I turned to Robin’s Laws of Good Games Mastering in an hour of need. It was at the point where I was playing with people outside of my normal gaming group for the first time. I had also seen myself as a GM on video. Urgh.

This post is to supplement the discussion and point you towards other publications that you may find interesting. I have also reiterated some of the points that were made and expanded upon them.

Guides to GMing are usually shaped by the following broad topic areas:

Scenario design, these include ‘story’ or ‘structure’ generators

Preparing for a session, tips and techniques to ensure that you are ready to run the game

Running a session, a guide to some of the ways to keep a session moving while in play

General tips, some pointers towards good practice is applicable to all areas of game-play

Many are a combination of all of the above, but some specialise in a particular aspect of GMing. The best ones are the ones that don’t offer an overall philosophy, instead they offer ideas for particular circumstances.

This follows the usual 1d6 format of 5 highlights and a fumble.

1. Peterson’s Rules of Good Gaming – these are a set of five ‘rules’ to use during a game session that I have adopted through osmosis as I’m not sure I’ve actually seen the original source. The Design Mechanism quotes these in their ‘Games Mastery’ section of Mythras.

The principles are ‘baked in’ to elements of Basic Role-Playing (which after several dalliances elsewhere, remains my go-to system).

I mentioned the ‘three strikes and you’re out’ rule during the discussion, which means that players should always have three opportunities to make an informed decision to escape their fate. I sometimes summarise this as ‘three dice rolls from death’.

‘The Right to have fun’ is Peterson’s ‘Rule of Cool’ to make sure that you inject pace and hook the characters into the action at every opportunity.

I also like the principle of ‘Make Bonuses Worthwhile’ – don’t mess about with a 5% boost – go big or go home. If the players come up with something, make sure they have a good chance of succeeding, otherwise their clever plans will result in disappointment.

Perhaps it’s a bit rich coming from Mythras given that it’s possible to have a 1d2 damage bonus.

2. The Alexandrian – During the discussion we focused primarily on Justin Alexander’s essays on running investigative games. Here are some of my favourites from the random Games Master Tips section to pep up your game:

How about some random text so you can ‘speak in tongues’ when representing an Orc?

Or, a guide to presenting locations, reminding the GM that the description doesn’t end at the beginning when the scene is framed?

Or, practical advice on preparing cheat-sheets, again, reminding you to return to them and refresh them as you play.

This blog is an excellent resource and should be part of every GM’s toolkit.

3. The Angry DM. I have been blocked by The Angry GM on Twitter for asking him a question at the wrong time. He really is *that* angry. Grrrrr.

The Angry schtick is what made Scott Rehm’s blog exciting. Anger is an energy and this is energic writing about RPGS.

Game Angry: How to RPG the angry way is a collection of the writing from the blogs which is not confined to GM Advice – this is geared towards making you a better player whether you are new to the hobby, a player character, or a Games Master.

He starts from the basis that “this is not complicated”.

He’s frustrated that people who are curious are put off by the apparent complexity. He remarks that playing RPGs is the most fun you can have with your friends and FOR GOODNESS SAKE, DON’T MAKE IT COMPLICATED – the people are responsible for explaining it are rubbish and make it too complicated.

What follows is 220 pages, about not making it complicated.

The tone is a consistent, demystifying explanation from a ‘man of the people’ trying to make this as easy as possible.

I like his short-hand for representing NPCs if you don’t have the energy to keep it going. He has his patented “Four Ps of Play Acting” one of which is “PFIDGET” – a little thing that the character does to make them distinctive, such as pulling their fringe, puffing on a pipe or stroking the chin.

It does it all in a much less stuffy manner than the Ultimate RPG Game Play that I referenced in the show.

4. Liminal If like me you like the laconic and cogent: it doesn’t get much better than Paul Mitchener’s guide to developing the multi-factional, investigative scenarios that drive Liminal.

Tales from the Loop adopt a story generator approach, but Liminal has much leaner recommendations on how to think of structure, twists and building cases.

It guides GMs on how to form a structure for investigations and use appropriate, varied conflicts as obstacles.

Ideas will generate just from reading this chapter and being absorbed into the setting.

5. Seth Skorkowsky – This stretches the remit a little as this is a YouTube channel rather than published advice, but Sly Flourish also dispenses his advice on a vlog as well as his respected Lazy Dungeon Master series, so I’m giving it a pass.

Skorkowsky has a pragmatic, unpretentious approach to RPGs that he presents in an easy-going, comic manner. His series of GM ToolBox, RPG Philosophy and Running RPG programmes are informative and entertaining.

I highly recommend his How to Run a Module programme as it is a topic seldom tackled. He talks through his method of working through pre-written adventures to get them into your head before running.

This channel is my lockdown discovery. It’s entertaining as well as informative.

6. Gary Gygax – at the point when he was in the wilderness following his split from TSR, Gygax wrote two mass-market paperbacks: Role-Playing Mastery (1987)  and Master of the Game (1989). These are densely written paperbacks with prescriptive set of rules to “bring forth your personal best during play” and “total mastery” of the game by players and GM.

In some ways, it’s a toned down version of the original Dungeon Master’s Guide, but no less Gygaxian in its approach. You could never accuse him of understatement. There’s a portentous declaration in every sentence. Here’s a quote concerning the ‘problem GM’ dealing with different players inconsistently:

“…This kind of attitude can spread like a cancer through the playing group if the players who are being treated properly feed the GM’s ego even more by supporting and approving of his actions toward the downtrodden ones. No campaign containing such participants can exist for long. The reasons are obvious, and I will not deal further with the subject. A new campaign must be had, and that suffice.”

Master of the Game – Gary Gygax