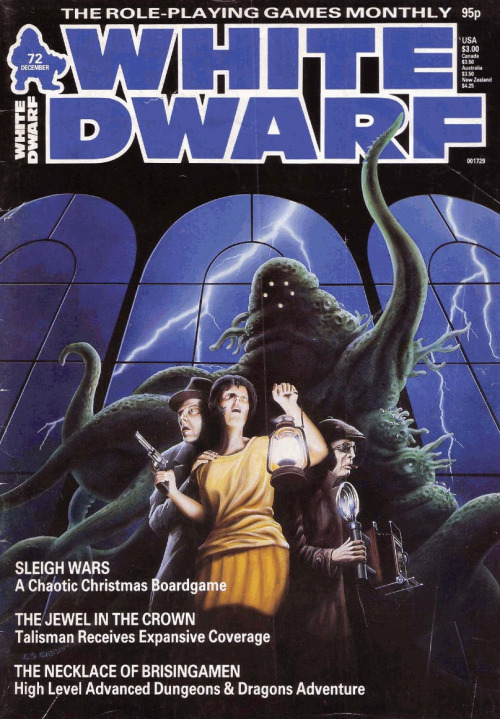 Thirty years ago I went to Dragonmeet Convention in that there fancy London. I’d only just turned 17, so it was a big deal that I’d managed to organise the trip myself. My parents were surprised, given that I was struggling with the most rudimentary tasks, such as “picking up socks from the floor.” Planning the journey involved travelling to Manchester to buy the tickets from Games Workshop – there was no online agent – I handed over the cash to the guy at the counter with an air of sophisticated superiority, as if I was joining a private members club. He explained that there were no spaces on their specially chartered charabanc so I would have to arrange for my own transport. No one else from our group was able to come, for various reasons, so it meant I had to travel alone. In order to keep the costs down, I arranged to travel overnight on the National Express with the safe assumption that I would sleep in my seat, ready to wake refreshed and ready to explore the delights of the gaming delectation that would await me in the Royal Agricultural Hall.

It didn’t work like that. I spent the whole night sat next to an over-weight, old fella, who rubbed his inside legs constantly during the entire journey. The combination of the rasping friction noise and the fear that he would make a move on me while I slept, meant I stayed ‘on watch’ all night. When I arrived bleary-eyed in London at 5am, I wasn’t sure what to do, the convention didn’t open for 5 hours and there was nowhere to go.

I decided to head to Hyde Park and have a lie-down on a park bench. I hadn’t been settled down for long before a police patrol car, cruising through the Park’s pathways stopped. “Where have you come from pal?” asked the copper in a friendly manner, clearly believing that I was a runaway (my sandwiches wrapped in a spotted hanky on the end of stick were an obvious give away.) I did the sensible thing and explained that I’d come to the capital to “Role-Play”. They exchanged glances.

They left me alone, with a few warnings about talking to strangers, and not sleeping on park benches, in case I was taken advantage of in my sleep.

At the convention itself, I spent the entire time in a sleep deprived delirium, walking between tables and stalls in a confused haze. After all the effort of getting there, I wasn’t sure what I was meant to do. It wasn’t like Northern Games Day, that I’d gone to a couple of years before, it was ten times bigger. At Northern Games Day, I’d managed to get into a game of Runequest with an enthusiastic Games Master and 6 other players. I’d never played the game outside of our group (when I say a group, it was me and friend). Playing with other people, for the first time, I realised that we had interpreted some of the rules incorrectly.

There were no games available, so just wandered around, in slow circles with a fixed grin on my face.

In the afternoon, I’d arranged to meet up with a group of players of a PBM, The Gadiators’ Gazette, including the Games Master who had drawn a t-shirt using felt-tip pens, so he could be identifiable in the crowd. Once we’d exchanged stories, we talked excitingly about Call of Cthulhu which was beginning to gain popularity. None of us had managed to bag a game, so we decided to run an impromptu game of CoC off the hoof, with no characters, dice or story. I sat in a corner, drifting in an out of consciousness, while the voices around me merged into a Charlie Brown’s teacher’s drawl.

I’ve been thinking of these Dragonmeet memories over the past few days thanks to the social media coverage of GENCON. In the comfort of my own armchair, I’ve been watching twitter friends meeting up, like I did with my PBM friends. I’ve enjoyed the cos-play, the live play beamed by periscope, and the seminar feeds (particularly the exciting announcement about Moon Design’s take-over of Chaosium).

The Armchair Adventurer’s club are heading south again at the end of the year to Dragonmeet 2005. I’m looking forward to recreating the experiences that I’ve enjoyed vicariously this week.This time, I’m taking no chances and getting there the day before so I can have a good sleep.

If there’s an old fella rubbing his legs on the train, Eddy can sit next to him.