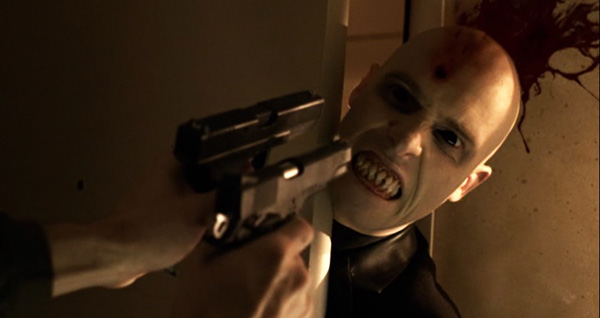 I’m sat in the den, packing away the tinsel for another year, because Dirk Towers is saying farewell to the festive period. I’m back at work, serving The Master in return for food tokens, so I’ve begun to console myself in looking forward to 2016.

The first 6 months of the new year look like a veritable feast of gaming with an unprecedented 20 sessions planned between now and June. We haven’t done this much RPG since those heady days of the early 80s.

The next episode of The Grognard Files podcast will be about Games Conventions in general and Dragonmeet 2015 in particular.While I was there, I got a (signed) copy of Nights Black Agents and I’ve been reading it ever since. The hardback is packed to the brim with resources and enough inventive ideas for you to shake a stake at, but I’ve had a difficultly getting my head around it. I suspect that there’s less to the Gumshoe system than meets the eye. It’s an example of what my English lecturer, Chris Baldick, used to refer to as ‘periphrasis’, in other words, a lots of words to say something very simple.

That said, when I’ve watched actual play demos, it actually seems workable, and I’m looking forward to being the director of a Bourne-meets-Buffy type extravaganza because I think it will suit my style of Games Mastering perfectly.

There’s a great demo-game available for download that will get them into the pace of the action in media res with an exciting car chase emulating the high-powered super-spy genre with great panache.

Night’s Black Agents is an improvised story game that uses the idea of ‘spending’ resources to improve the chance of success for your actions. Numenera uses a similar principle and for most of today, in between nursing a sick child, I’ve been preparing my character, because we’re going to start playing next month with Judge Blythy as the Games Master (or whatever irrelevant variant on the GM title Monte Cooke Games have devised).

It’s ages since I’ve enjoyed creating a character as much as I did making the choices for the Numenera. It’s relatively simple and allows a great deal of flexibility for the player to use their imagination to develop someone that they want to play, rather than being at the mercy of dice rolls.

Zadie Zenokey IV (or Zen 4) is a nano (a kind of Numenera magic user) with the descriptor of ‘Mechanical’ which gives her a great insight into the ways of the Numenera magic. Her focus is flesh and steel, the source of her magic is through ports in her spine and cables under her skin to a cpu on the right-side of her brain and her cybernetic left-arm. Her back story concerns her ancestors who were all but wiped out by a virus, the survivors and subsequent generations developed mechanics to cope with their mutations. Zen 4 has developed a secret order who are seeking the remaining Zenokey so they can reunite.

It’s not all about the new stuff. Some of the highlights of the coming months include the continuing campaigns of Fungi from Yuggoth (CoC) and the Aramis campaign (Traveller), keeping it old school.

In February, I’ll be opening the Grognard File labelled STORMBRINGER, Fantasy Role-playing in the world of Elric. Over the past few weeks I’ve been rediscovering Moorcock and hitting e-Bay, filling the gaps in my collection of supplements. I’ve been overcome with an impulsive desire to consume souls, however it seems unlikely that I’ll be sated, therefore I’ve decided that I’ll run a game instead. We have one scheduled for the end of the month.

In the coming months, the Runequest classic bonanza will be released from Moon Design’s epic Kick Starter campaign, marking the celebrations of 50 years of Glorantha. In the podcast we have talked about our group reviving some of the classic Choasium games, so I’m going to continue this endeavour by resurrecting another OSR classic for my group.

On top of all this Armchair Adventuring, we’ve been invited to a marathon session of D&D 5th edition, which is very exciting.

So, as I plug myself into the collective unconscious of work, facing minor disappointments with stoic indifference, I can console myself that there is an escape pod available. As long as the Fun Prevention Officer gives me the key.

4 thoughts on “A year on the Grog”